We all have little pockets between our teeth which tend to accumulate food, even when we brush regularly. The presence these moist food nutrients combined with a neutral pH and body warmth to provide excellent growth conditions for bacteria. Our bodies defend against these bacteria with a class of phagocytic leukocytes whose nuclei are highly variable with 3-5 lobes (therefore known as polymorphonucleocytes, PMNs or “polys”). The cytoplasm in these cells is rich in lysosomes which contributes to the staining properties when the cells are stained with Wright’s stain, earning the appellation “neutrophil.” (The numbers of these bacteria-fighting WBC increase dramatically during acute infections such as appendicitis.) One will also see occasional squamous cells from the periodontal mucosa.

The number and variety of bacteria found in this trapped material can be amazing. You should be able to find representatives of cocci, bacilli and spirilla morphologies.

EQUIPMENT: Same as for Buccal Smear.

1. Prepare a clean slide, place a small drop of dH2O in the center.
2. Collect specimen by using a tooth pick to dislodge a small bit of material lodged on the tooth surface at the gum line, or between your teeth.
3. Suspend the specimen in the drop of water, rotate the toothpick to dislodge the material, break any “chunks” into tiny pieces, and then spread the drop out to a smear the size of a dime. It should be only slightly hazy. [If the water beads up and forms droplets instead of spreading out well, you did not cleanse the slide adequately. Wash the slide again with soap and hot water.]
4. Fix the smear by briefly passing the slide through a flame.
5. Stain the smear by placing a drop of methylene blue or other basic stain on the smear, spread it out so the whole smear is covered. Let sit for 1-2 minutes.
6. Rinse with tap water for 2 seconds to remove excess stain.
7. Blot excess water from the slide with a lint-free paper towel. (Do not rub.)
8. Dry over gentle heat by passing the slide briefly through the flame.
9. Examine under the microscope, locating a properly spread and stained field. Work your way up to the 100x oil immersion objective (see separate protocol).
10. Illustrate eukaryotic cells which are present (leukocytes and squamous cells ), and the variety of the bacterial morphologies which you see. Label them according to their morphology.

The History of the Germ Theory of Disease

Man first thought disease to be punishment from God, then brought on by foul vapors (miasma) (malaria for instance)

Fracastorius 1546 (1478-1553) Theory of contagion: disease infection can be caused by minute bodies (“germs”) capable of self-replication, transmitted from infector to infected. Said to have named syphilis.

Agostino Bassi 1834 First to show that a microorganism could cause disease in case of a fungal disease of silkworms: contagious and could be transmitted naturally by direct contact or infected food, or experimentally by means of a pin previously sterilized in a flame

Oliver Wendle Holmes 1843 Noted that it was safer to give birth at home than in hospital, postulated something present in hospital is causing disease (nosocomial disease) 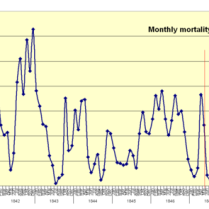 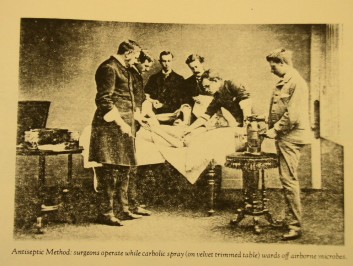 Joseph Lister 1860s (1827-1912) Introduced use of antiseptic during surgery: phenol in surgical dressings and sprayed into the air. Wound infections dropped dramatically, thus due to bacteria.

Louis Pasteur 1865 Demonstrated that spoilage of wine was due to abnormal microorganisms. Then asked by French gov to study PEBRINE: (pa-breen) another disease of silkworms, caused by a protozoan. Could be halted by identifying diseased worms, removing and destroying. 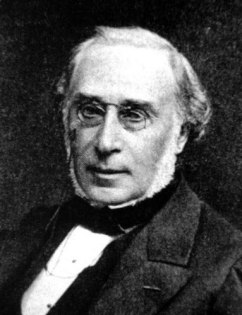 Henle proposed that diseases might be directly caused by microorganisms. His student, Robert Koch

Robert Koch 1876 (1843-1910) Rival of Pasteur, raced to find the cause of anthrax (coal, burning coal, from pustules & carbuncles in affected animals) disease of sheep and cattle. First to demonstrate bacillary agent to be pathogen: Used criteria suggested by his teacher, Henle, now called Koch’s postulates: (in study of etiology of anthrax)

KOCH’S POSTULATES are criteria by which a bacterium may be said to cause a disease.
1 microscopic examination found bacillus in blood of all animals with anthrax.
2 single colony-isolated bacillus on solid media. The idea for isolating pure cultures came from his observation of a spoiling cut potato. Also required, as developed in his lab:
Loeffler developed nutrient broth and stains.
Walter Hesse’s wife suggested using agar to solidify.
Petri developed shallow dishes for culture.
3 injected pure culture into healthy animals, they got anthrax.
4 isolated same organism from animals experimentally given anthrax. 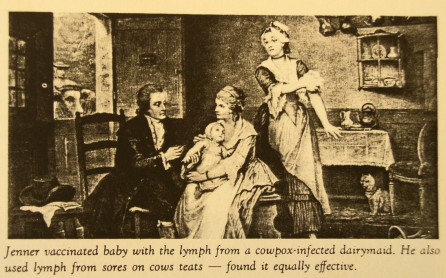 Erlich 1910 Searched for “magic bullet” would poison pathogen but not patient. Developed salvarsan, an arsenic compound against syphilis. 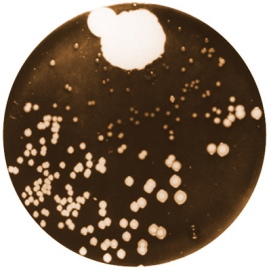