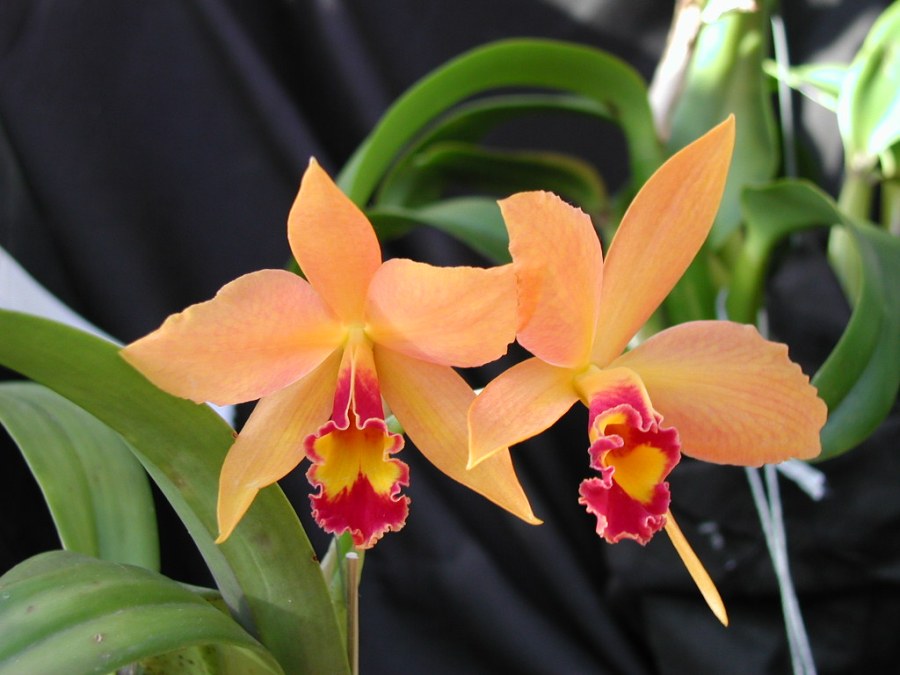 On 3 November 2001, we toured the Greater Cincinnati Orchid Society Display at the Conservatory. I have constructed a page with some pictures taken at that Orchid Show .

Here is a sampling of some of the pictures taken there:

This page displays some of the activities of the greenhouse at Clermont College. Prominent is a collection of orchids donated in September 2000 by Cindy Brian . We are learning some some of the requirements for these interesting plants, and have already had several bloom. Follow the link to a series of pictures taken as Cattleya guatemalense budded and then bloomed.

One of the orchids donated by Cindy Brian was “in sheath” when she donated it, meaning that it was going to bloom in the near future. The buds began to emerge from the sheath in November, and by December it was in full bloom. Below are pictures which record the progress of its blooming.