I was privileged to stay with the Samara family in Bil’im, a village in occupied West Bank of Palestine. It is a village surrounded by olive orchards, vineyards, family gardens, and grazing lands on which goats and sheep are grazed.  I was fortunate to be able to see Mr. Samara’s daughter-in-law prepare Haloumi, a Palestinian White Cheese almost always served with breakfast.

If you need a primer course on how to make cheese, see in information in the “Related” section below.

Khyar bi laban is a wonderfully delicious, refreshing, cold “soup” which I LOVE in the summer. The Arabs have really discovered something here. It is so simple, pure, fresh, nutritious, and did I mention, delicious. Make it in five minutes, and enjoy it for time immemorial…  “Yallah.”   (“Let’s go!” in Arabic) 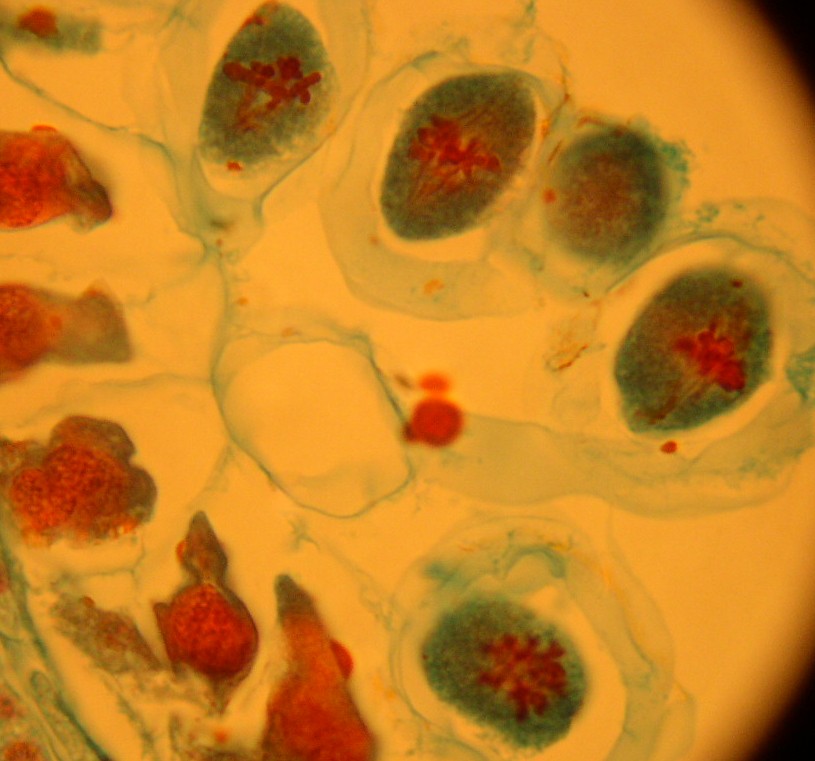 In the 1870s, Walther Flemming noted that during cell division, thread-like features were distributed to each of the new daughter cells. He termed this process “mitosis,” or the process of the threads. Waldeyer named these threads “chromosomes” in 1888. We now know that the purpose of mitosis is to distribute genetically identical copies of genetic material to each of the two daughter cells.
We can see the stag

es of mitosis in rapidly dividing tissues (high mitotic rate) such as in the root tips of growing seeds or bulbs. Plant tissues capable of mitosis are termed meristematic tissues, found as lateral meristem by which the stem widens and apical meristem, by which the stems lengthen. We can see mitosis in action in root tips of sprouting onion (Allium sp.) Because they are particularly large, and the mitotic rate is high. We will use onion root tips as a classic example of mitosis in general, and in plants in particular.
Mitosis in animals has certain important differences from that of plants, as will be demonstrated by studying this process in Ascaris, a genus of nematode to which the common intestinal round worm belongs.
Make five drawings for each species, one in interphase, and four for each of the stages of mitosis: prophase, metaphase, anaphase and telophase. As you make your drawings, pay particular attention to the differences as well as the similarities between animals and plants.

Meiosis is an entirely different form of cell division used to reduce the number of sets of chromosomes during gametogenesis. We will study meiosis in the monkey testis.

Mitosis in Plants: Onion Root Tips
The images of onion root tip mitotic figures were taken of specimens prepared in our lab according to our protocol Chromosomes in Root Tips.

Anaphase
Centromeres split, and the kinetochore component of the centromere pulls the chromosome along the microtubule towards the end of the cell. this is by far the shortest phase, and anaphase figures are therefore less common in these preparations.

Telophase
Chromosomes have reached the ends of the cell and appear tightly contracted. The spindle will dissolve, nuclear membrane reform, and cytokinesis will divide the cell into two genetically identical daughter cells.

Meiosis in Animals: Monkey Testis
Here is a page on the histology of mammalian gonads. Note especially the testis and the labeled cells engaged in meiosis. 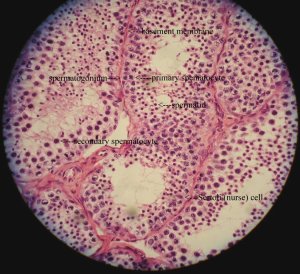 Meiosis in the testis does not begin until after the spermatogonia, which is attached to the basement membrane of the seminiferous tubule undergoes mitosis. One daughter cell remains attached to the basement membrane, the other is pushed away and becomes a primary spermatocyte. The primary spermatocyte, released from the inhibition of the basement membrane, begins meiosis. Chromosomes may be visible, and the content of the nucleus is the same as the spermatogonia. After completing meiosis I, two secondary spermatocytes result, each with half the DNA as the primary spermatocyte. These two cells undergo meiotic division two producing four haploid spermatids. These are easily recognized because their nuclei are small, round and dense. Spermatids undergo further differentiation in which spermatozoa are formed: lysosome condensed into an acrosome, mitochondria migrate to form the tail sheath, a flagellum grows, the cytoplasm is reduced, and the nucleus becomes tightly compacted.

Meiosis I prophase and metaphase 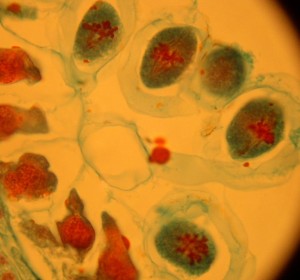 Meiosis I metaphase and anaphase 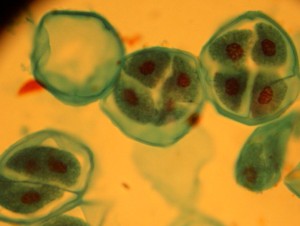 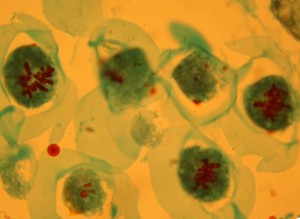 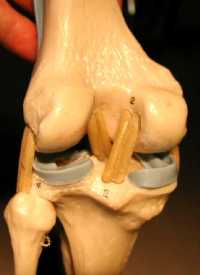 knee, extended posterior view
These images have not been evaluated for detail, focus or best perspective. The page will change. 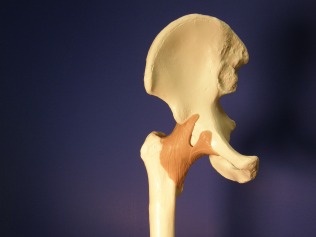 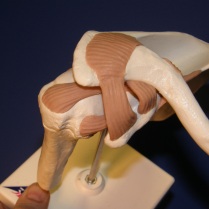 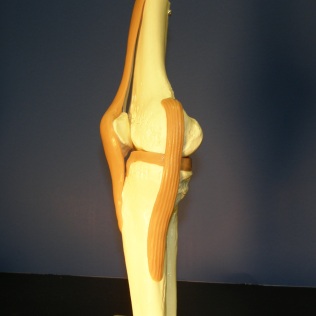 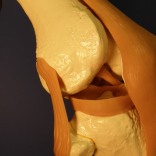 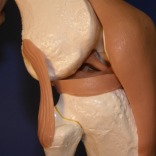 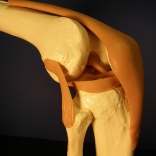 Review of Labeled Images from A&P 201 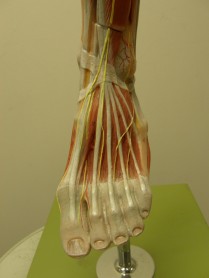 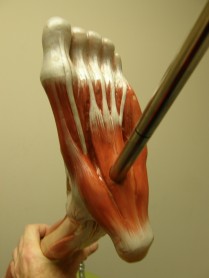 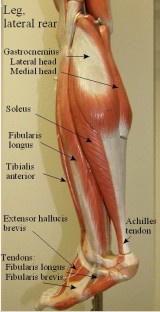 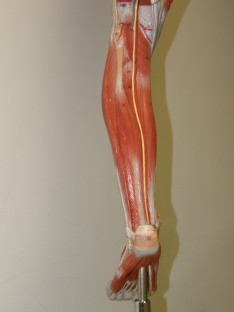 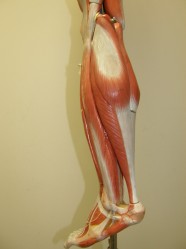 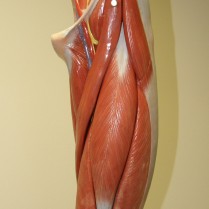 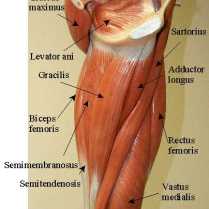 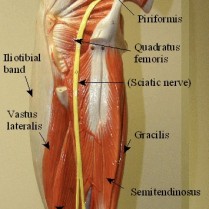