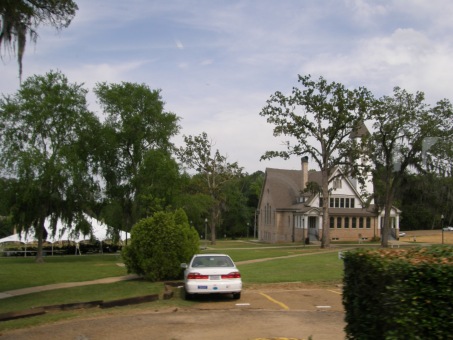 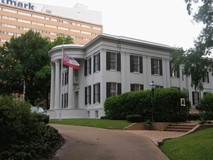 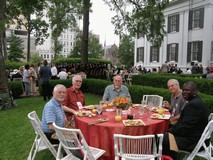 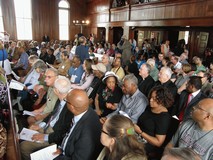 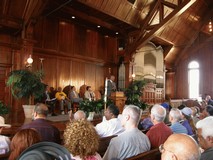 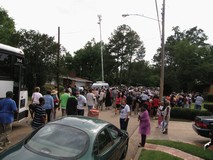 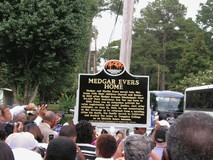 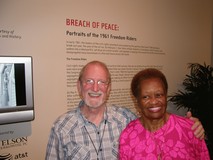 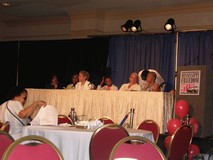 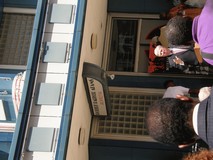 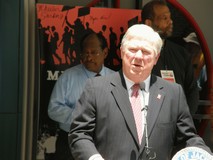 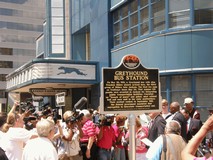 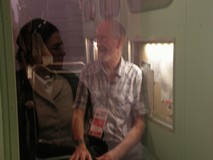 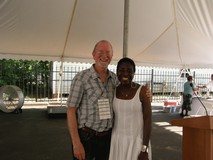 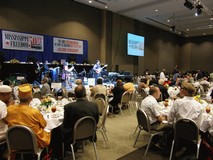 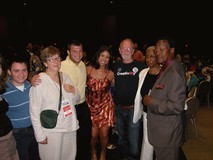 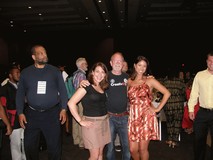 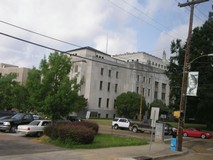 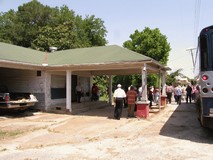 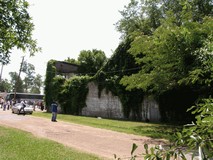 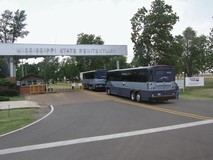 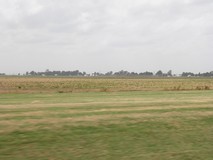 The remainder of the Freedom Riders were injured and battered, and CORE and felt that they could not continue the Freedom Ride, and elected to fly them to New Orleans where they disbanded (ironically on the 7th anniversary of Brown v. Board of Education). At this point, SNCC felt more than ever that the Freedom Rides should continue. Again, Diane Nash of SNCC played a major role in salvaging the Freedom rides when she sent out call to campuses around the eastern United States for volunteers to come to join the Freedom Ride to keep the demonstration going.

On May 21, 1961, the surviving contingent of Riders took a bus from Birmingham to Montgomery, Alabama, protected by a contingent of the Alabama State Highway Patrol.  However, when they reached the Montgomery city limits, the Highway Patrol abandoned them.  At the bus station, a large white mob was waiting with baseball bats and iron pipes. The local police allowed them to viciously beat the Freedom Riders uninterrupted. Again, white Freedom Riders, branded “Nigger-Lovers,” were singled out for particularly brutal beatings.  There is a famous picture of Jim Zwerg with blood running all down his suit. Justice Department official Seigenthaler was beaten and left unconscious lying in the street. Ambulances, manned by white attendants refused to take the wounded to the hospital. Brave local blacks finally rescued them. A number of the Freedom Riders were hospitalized.

When reports of the bus burning and beatings reached Attorney General Robert Kennedy, he urged restraint on the part of Freedom Riders (!) and sent an assistant, John Seigenthaler, to Montgomery, Alabama to observe the Freedom Riders’ arrival in that city which was scheduled to happen shortly.

With most of the Freedom Riders injured, and the danger of the violence escalating to the point of someone being killed,  it was suggested that the Freedom Rides should be discontinued.  Nashville student Diane Nash, a leader in the Student Nonviolent Coordinating Committee (SNCC) felt that if violence were allowed to halt the Freedom Rides, the movement would be set back years.  She pushed to find replacements to resume the ride, and on May 17th, a new set of riders, students from Nashville, took a bus to Birmingham. There, they were arrested by Police Chief Bull Connor and jailed. These students kept their spirits up in jail by singing Freedom Songs. Out of frustration, Police Chief Bull Connor drove them back up to the Tennessee line and dropped them off stating “I just couldn’t stand their singing.”

That night, the hospitalized Freedom Riders were ejected from the hospital because hospital personnel were afraid of the mob. Eight cars of churchmen, brimming with shotguns and rifles, headed off to rescue the riders. (This is ironic, considering that the Freedom Riders were pacifists and dedicated to non-violence). Chief Bull Connor threatened to arrest Rev. Shuttlesworth for having interracial meetings at his house. None-the-less, Shuttlesworth rescued Peck from the hospital at 2 AM.

In Birmingham, an FBI informant in the Klan learned of a detailed plan in which Police Chief Bull Conner had agreed to give the Klan 15 minutes after the bus arrived to beat the riders before local police would arrive.  The plan was reported to the FBI headquarters, but no action was taken. The Trailways station was filled with Klansmen and reporters (including Howard K. Smith). When the Freedom Riders exited the bus, they were beaten by the mob with baseball bats, iron pipes and bicycle chains, and then, battered and bleeding, they were arrested. White Freedom Riders were particularly singled out for frenzied beatings. Two riders were hospitalized, including white Freedom Rider Jim Peck with 51 stitches in his head. Rev. Shuttlesworth in Birmingham was notified of the beatings by a fleeing reporter.

In Anniston, Alabama, a white mob awaited the arrival of the first bus bearing the Freedom Riders at the Greyhound station.  As it arrived, they attacked the bus with iron pipes and baseball bats and slashed its tires.  The terrified bus driver hastily drove out of the station, but the punctured tires forced the bus to pull off the road in a rural area outside of Anniston. The white mob who pursued the bus, fire bombed it and held the doors shut preventing riders from exiting the burning bus. Finally an undercover policeman drew his gun, and forced the doors to be opened. The mob pulled the Freedom Riders off the bus and beat them with iron pipes . The bus became completely engulfed in flames, and was completely destroyed. (Here is riveting description in “The Race Beat:”by Roberts and Klibinoff.)

The second bus carrying Freedom Riders arrived in Anniston an hour later at the Trailways station. The bus driver got off and talked with Anniston police and a group of 8 white men. After the black Freedom Riders refused orders to move to the back of the bus, the white gang came flying onto the bus and beat and stomped the riders, especially targeting white “nigger lovers.” The white gang threw the bleeding and semi-conscious riders to the back of the bus, and it left for Birmingham.

In 1946, The Supreme Court, in the “Morgan Decision”, ruled that segregation of interstate travel facilities was unconstitutional. This ruling was totally ignored for 15 years. As a way of drawing attention to the continued segregation in public facilities, the Congress of Racial Equality (CORE) launched the Freedom Rides on 4 May 1961.  This Freedom Ride was modeled after an earlier Fellowship of Reconcilliation (FOR)demonstration staged in 1947 in which an integrated group planned to take public buses from Washington DC to New Orleans with the intent of integrating public facilities through out the South.

In the 1961 Freedom Rides, an integrated group of civil rights activists rode Greyhound and Trailways buses into the South planning for black riders to enter “whites only” sections while white riders would enter the “colored” waiting rooms. The integrating actions of these Freedom Riders met with relatively minor resistance until they arrived in Anniston, Alabama on 14 May 1961.  The map below shows the route taken. [Need higher resolution picture!]

Racial segregation was the rule throughout all of the southern and in areas of the northern United States  until the 1960s.  Public facilities were claimed to be “separate but equal” by proponents of segregation.   Those who violated these social mores were subject to abuse ranging from beatings to bombings to lynchings.  (The lynching shown occurred in Marion, Indiana in 1930)1.  In 1961, the Civil Rights Movement to end racial segregation was still in its infancy, with only a few victories realized (notably integration of Woolworth’s lunch counters and, shown at the left, integration of the city buses in Montgomery, Alabama2 ). The federal government had passed an Interstate Commerce Commission law stating that it was illegal to segregate public interstate facilities. However, this federal law was officially ignored throughout the South with separate white and “colored” facilities enforced at bus and train stations 3 . As a rule throughout the South, police not only turned a blind eye to violence against movement people, but were often active participants in the beatings.  Pleas to President John F. Kennedy and his brother, Attorney General Robert F. Kennedy, to enforce the federal law were ignored, and the U.S. Justice Department turned a blind eye to these violations, despite pleas to them to enforce the laws prohibiting segregation of interstate facilities.