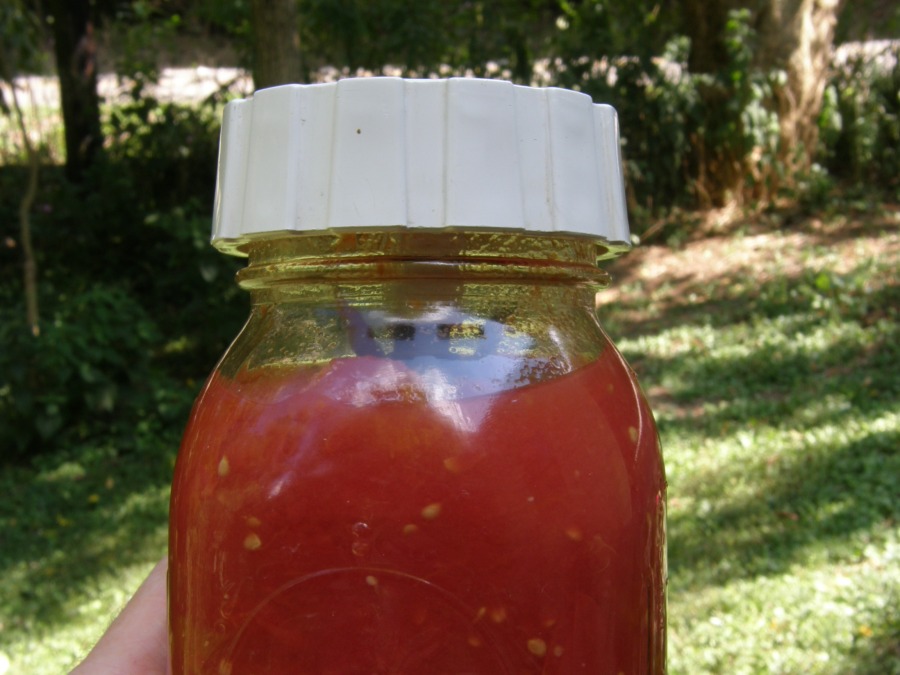 I have little patience with scalding and peeling tomatoes before canning. So I have developed this system in which the trimmed and salted tomatoes are brought to a boil before placing in the Mason jars. This allows for even, confident and thorough heating of the fruit.

If the near-boiling fruit is then immediately placed in Mason jars and transferred to a canner with boiling water, the amount of time necessary for canning can be reduced to 15 minutes as opposed to the hour that many protocols specify.

Note that one must use tomatoes with normal acidity for this streamlined process. Low acid tomatoes will require longer processing.

The minimal heating time and the retention of the skin preserves more of the richness of the tomato flavor.

The one additional requirement is that you must blend the canned stewed tomatoes before using so that you do not get skins in your sauce which some might find offensive.

At least 16 pounds of fresh fully ripe tomatoes. I only can Roma tomatoes because they have excellent flesh and flavor, and are more resistant to rot in the garden.