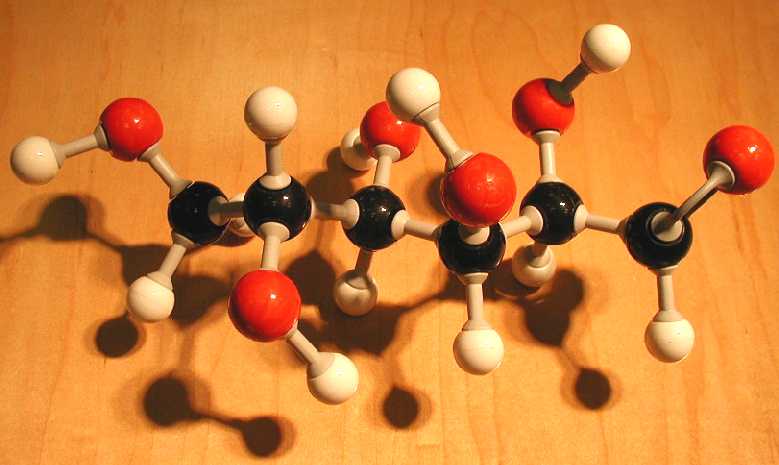 Milk is extremely perishable and many means have been developed to preserve it. The earliest one which has been used for many thousands of years is fermentation. Milk can be fermented by inoculating fresh milk with the appropriate bacteria and keeping it at a temperature which favors bacterial growth. As the bacteria grow, they convert milk sugar (lactose) to lactic acid. You can detect its presence by the tart or sour taste (sour is how we taste acid). The lowered pH caused by lactic acid preserves the milk by preventing the growth of putrefactive and/or pathogenic bacteria which do not grow well in acid conditions.

Fermentation is a means by which cells growing anaerobically can still generate a little ATP. Fermentation is defined biochemically as the catabolism of glucose (or other sugars) in which the terminal hydrogen acceptor is an organic molecule (carbon containing). During the breakdown of sugar, known as glycolysis, excess hydrogen atoms are generated and must be deposited somewhere. In lactic acid bacteria, they “dump” excess hydrogens on to pyruvic acid, the end product of glucose. This turns pyruvic acid into lactic acid.

In contrast, respiration uses an inorganic terminal hydrogen acceptor (such as oxygen). If oxygen is the acceptor, then water is produced.

Casein, the predominant protein in milk, is soluble at a neutral pH, but insoluble in acid. Thus when milk sours, casein precipitates which thickens the product. Numerous strains of bacteria are capable of converting lactose to lactic acid. We will look at several fermented milk products to study their morphology and staining characteristics.

Yogurt is produced by a mixed culture of two types of bacteria. Imbedded in particles of the protein casein, you will see chains of cocci or diplococci (Streptococcus thermophilus) and big rod-shaped bacilli (either Lactobacillus acidophilus or L. bulgaricus). If you do a Gram stain, the bacteria will be Gram positive (purple) and the protein will be pink. The illustrations at the top of the page are micrographs I took of a Gram stain of yogurt. The purple rods are Lactobacillus, the purple spheres are Streptococcus. The pink globs are casein, milk protein.
BUTTERMILK

Buttermilk is the fermentation of milk by a culture lactic acid-producing Streptococcus lactis plus Leuconostoc citrovorum which converts lactic acid to aldehydes and ketones which gives it its flavor and aroma.

Sour cream is produced by the same bacteria as buttermilk, but the starting milk product is pasteurized light cream. Bacteria are less numerous than in buttermilk.